Time to complete the course: 9 hours

For the best experience, we recommend taking the course on a tablet or computer.

100% Student Satisfaction or money back guarantee

For thousands of years humans have ingested psychoactive mushrooms in various contexts for healing and spiritual purposes. Psilocybin, the active ingredient in “magic mushrooms”, is now being tested in clinical trials as treatment for depression, alcohol use disorders, nicotine dependence, eating disorders, obsessive-compulsive disorder, cluster and migraine headaches, and anxiety related to life-threatening illnesses. This course provides a comprehensive summary of the pharmacology and effects of psilocybin, how it works in the brain, and why people can have mystical experiences and sensory perceptual shifts. Become knowledgeable on clinical protocols, safety and efficacy results, study participant accounts, and potential risks in both medical and non-medical settings. You will explore different therapeutic approaches under investigation for psilocybin treatment. Designed by leading psychedelic researchers and medical professionals, this course offers a balanced and unbiased presentation of the effects and safety of psilocybin.

Module 1: What’s All The Magic About? Psilocybin Pharmacology, Effects, and Safety

Module 2: Clinical Trial Findings of Psilocybin Treatment for Depression and Other Psychiatric Indications

Alli Feduccia, PhD is a neuropharmacologist, psychedelic researcher, and a builder of virtual and in-person communities. She is the Co-Founder and Director of Psychedelic.Support, an online directory of healthcare professionals, and Project New Day, a 501(c)(3) non-profit foundation focused on psychedelics for addiction recovery. In these roles, Dr. Feduccia facilitates the spreading of evidence-based knowledge, connection to resources, and strategies for communities to reduce risks of psychedelic use through safe and responsible practices. In 2009, she earned a PhD in neuropharmacology from the University of Texas at Austin studying the effects of MDMA on behavior and neurochemical release in non-clinical models. She was a postdoctoral researcher at the University of California San Francisco and at the National Institutes of Health (NIAAA/NIDA) where she investigated treatments for substance use disorders. Her work at MAPS Public Benefit Corporation (2015-2020) focused on psychedelic protocol designs, MDMA trial operations, data analyses, scientific writing, public education and outreach. Dr. Feduccia is deeply driven to advance the field of psychedelic medicine through ethical, legal, and scientifically-based frameworks.

Kile Ortigo, PhD is a clinical psychologist and founder of the Center for Existential Exploration, where he offers depth-oriented and evidence-based psychotherapy and psychedelic integration services. At the National Center for PTSD, Dr. Ortigo directed a national implementation program that paired telehealth coaching with web-based interventions, and led the VA LGBT Healthcare Fellowship Program as the national training director. In 2019, Dr. Ortigo completed the California Institute of Integral Studies’ Certificate in Psychedelic-Assisted Therapies & Research program where he was closely mentored by Dr. Bill Richards. He now serves on advisory boards of Psychedelic.Support and Project New Day, a non-profit exploring how psychedelics facilitate addiction recovery. He recently co-authored his first book, the 2nd edition of Treating Survivors of Childhood & Interpersonal Trauma: STAIR Narrative Therapy. With support from several psychedelic experts, Dr. Ortigo is currently writing a second book that explores intersecting themes of psychedelics, mythology, and existential thought. This book’s reflection activities, meditations, and worksheets will support either independent exploration or psychedelic psychotherapy phases of preparation and integration. It will be widely available in 2021.

Boris Heifets, MD, PhD has had a lifelong interest in neuroscience and hopes to apply basic neuroscience insights to the practice of anesthesiology and perioperative medicine. He is currently an assistant professor in the Department of Anesthesiology & Perioperative Medicine at the Stanford School of Medicine. He received his undergraduate degree in neuroscience from Yale University, MD/PhD degree from the Albert Einstein College of Medicine, and completed anesthesiology residency and a neuroanesthesiology fellowship at Stanford Hospital. Dr. Heifets’ basic and clinical research aims to understand the mechanisms of action for emerging rapid-acting treatments for psychiatric disease, including ketamine, MDMA and psilocybin, and how they might be incorporated into perioperative clinical care to improve patient outcomes. During his time at Stanford he has collaborated extensively with the psychiatry department, publishing animal studies on the neural mechanism of social behavior and MDMA, and a controversial study which described an opioid receptor-dependent mechanism for ketamine’s antidepressant effect. He is currently supported by a K08 award from the National Institute of Mental Health.

Alicia Danforth, PhD received her doctorate in clinical psychology from the Institute of Transpersonal Psychology in Palo Alto in 2013. Since 2006, she has worked in clinical research at the Lundquist Institute (formerly Los Angeles Biomedical Research Institute) at the Harbor-UCLA Medical Center on clinical studies for adults with anxiety related to advanced-stage cancer and with autistic adults who experience social anxiety. She was the lead therapist in a MDMA-assisted psychotherapy trial for autistic adults with social anxiety, and a lead clinician and supervisor for a psilocybin clinical trial at UCSF for psychological distress in long-term survivors of HIV/AIDS. She is certified in Trauma-Focused CBT and Focusing-Oriented Psychotherapy. Her private practice in Los Gatos, CA focuses on autistic adults.

Chris Stauffer, MD is a dual board-certified in psychiatry/addiction medicine. He is an assistant professor at the Oregon Health and Science University (OHSU) and a physician scientist at the Portland Veterans Affairs. He received his MD from OHSU in 2010, completed psychiatry residency at UCSF in 2014 and a post-graduate Psychiatry Research Fellowship at the SF VA Medical Center. Clinically, he specializes in the treatment of substance use disorders and PTSD. His research combines social psychopharmacology (e.g., oxytocin, MDMA) with psychotherapy to treat PTSD and addiction, including his role as sub-investigator and lead therapist for a Phase 3 MAPS-sponsored trial of MDMA-assisted psychotherapy for PTSD and psilocybin for psychological distress in long-term survivors of HIV/AIDS at UCSF.

William (Bill) Richards, PhD is a psychologist in the Psychiatry Department of the Johns Hopkins University School of Medicine, Bayview Medical Center, a consultant/trainer at sites of psychedelic research internationally, a teacher in the Program of Psychedelic Therapy and Research at the California Institute of Integral Studies, and also a clinician in private practice in Baltimore. His graduate degrees include M.Div. from Yale Divinity School, S.T.M. from Andover-Newton Theological School and Ph.D. from Catholic University, as well as studies with Abraham Maslow at Brandeis University and with Hanscarl Leuner at Georg-August University in Göttingen, Germany, where his involvement with psilocybin research originated in 1963. From 1967 to 1977, he pursued psychotherapy research with LSD, DPT, MDA and  psilocybin at the Maryland Psychiatric Research Center, including protocols designed to investigate the promise of psychedelic substances in the treatment of alcoholism, depression, narcotic addiction and the psychological distress associated with terminal cancer, and also their use in the training of religious and mental-health professionals. From 1977-1981, he was a member of the psychology faculty of Antioch University in Maryland. In 1999 at Johns Hopkins, he and Roland Griffiths launched the rebirth of psilocybin research after a 22 year period of dormancy in the United States. His publications began in 1966 with “Implications of LSD and Experimental Mysticism,” coauthored with Walter Pahnke. His book, Sacred Knowledge: Psychedelics and Religious Experiences was released in English by Columbia University Press in 2015 and has since been translated into four additional languages.

Karen Peoples, PhD is a personal/supervising analyst and faculty at the Psychoanalytic Institute of Northern California and Faculty at the San Francisco Center for Psychoanalysis. She practices in San Francisco and Corte Madera, CA. She has published and presented on numerous analytic topics, including incest and social trauma, uncanny unconscious communication, transcendent and traumatic forms of emptiness, and unconscious bodily communication. Karen is a therapist on MAPS phase 3 MDMA-assisted psychotherapy trials for PTSD.

Emmanuelle Schindler, MD, PhD is an Assistant Professor of Neurology at Yale School of Medicine and has expertise in headache medicine. Among her efforts to optimize the management of headache disorders, she has developed and executed the first controlled trials investigating the effects and mechanisms of action of psilocybin in cluster, migraine, and post-traumatic headache. Previously, Dr. Schindler studied the neuropharmacology of psychedelics and other serotonergic compounds in the context of receptor binding and intracellular signaling. Currently, she seeks to identify the source of sustained reductions in headache burden after limited dosing of psychedelic and related compounds, considering several neurobiological systems involved in both headache pathology and the known actions of psychedelic compounds.

Christopher Nicholas, PhD is an Assistant Professor at the University of Wisconsin, School of Medicine and Public Health. He is a Clinical Health Psychologist and Neuroscientist focused on developing novel treatments for addiction, pain, and mental health. Dr. Nicholas has worked on clinical trials for MDMA-assisted psychotherapy for PTSD treatment and a high dose psilocybin trial in healthy volunteers. His research bridges both clinical and neuroimaging applications, with specific focus on co-morbid pain, trauma, and substance use disorders.

Peter Hendricks, PhD is a Professor at the University of Alabama at Birmingham. He is currently researching the use of psilocybin to see if it will help individuals addicted to cocaine stop using the harmful drug. He theorizes that psilocybin will work from the angles: biochemical, psychological and transcendental/spiritual. Dr. Hendricks is interested in researching novel and more effective treatments for substance dependence, with specific areas of focus on tobacco, cocaine and polysubstance use in vulnerable populations.

Katrin Preller, PhD received her doctorate in Psychology and Neuroscience from University of Zurich, Switzerland in 2013. Her research interests are centered around the neuropharmacology of emotional and cognitive processes such as social cognition in health and psychiatric illnesses, as well as (pharmacological) neuroimaging analysis methodology. She is particularly interested in substance use disorders as well the role of the serotonin system in emotion and cognition. To elucidate the role of serotonin receptor functions in human cognition she uses pharmacological challenges mainly with psilocybin and LSD.

C.J. Spotswood, BSN, RN-BC “aka EntheoNurse” is a board certified psychiatric-mental health Registered Nurse working in an emergency department in central Maine and per diem for McLean Hospital’s drug and alcohol residential program, Borden Cottage on the Maine Coast. Throughout his career, he has worked with individuals who were having noxious psychedelic experiences. C.J. is currently enrolled at the University of Southern Maine completing his Psychiatric Mental Health Nurse Practitioner. He has presented at the American Psychiatric Nurse Association’s National Conference on psychedelics in psychiatry, master classes for Psychedelics Today’s Navigating Psychedelics: Clinicians & Therapists, and Mt. Tam’s Psilocybin Summit. C.J. is also a charter member of the International Association of Psychedelic Nurses. When he is not working or in school, he can be found spending time with his fiancé Magen and his daughter Malarie exploring Maine’s outdoors and it’s craft breweries.

Zachary Herrmann, DO graduated from the Philadelphia College of Osteopathic Medicine in 2016. After completing a traditional rotating internship at South Nassau Communities Hospital in Oceanside, New York, he joined the psychiatry residency at John Peter Smith Hospital in Fort Worth, Texas. Following graduation in 2021, Zachary is planning to pursue a research fellowship with the goal of developing his research knowledge and experience. As a current student in the California Institutes of Integral Studies Certificate in Psychedelic Therapies and Research program, his long term goal would be to better understand and appreciate the healing potential of non-ordinary states of consciousness as well as contribute to the growing body of literature on psychedelic compounds.

Joshua Poole, MD is resident physician in Psychiatry in Southern California who hopes to further the field of Psychedelic Psychiatry through research and dedication to the healing of his patients. His interests are managing mood disorders as they relate to trauma through in-depth psychotherapy, advanced psychopharmacology, and interventional practices. He hopes to use the burgeoning field of Psychedelic Psychiatry to offer healing to patients in a groundbreaking and powerful way.

Join our mailing list and we'll send you a link to our free course on Exploring Psychedelics!

Topics included in the Free course: 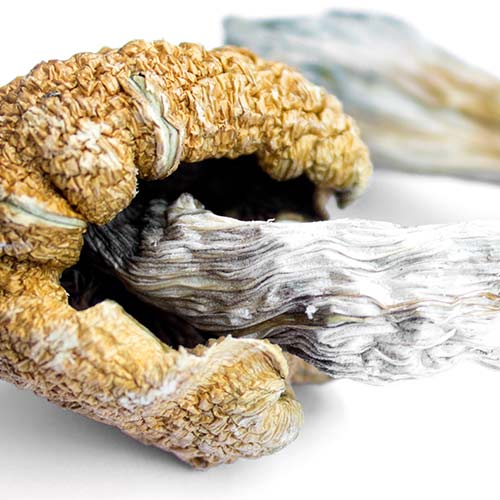